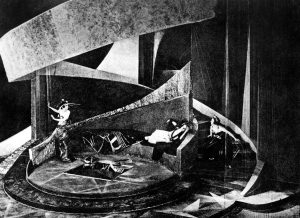 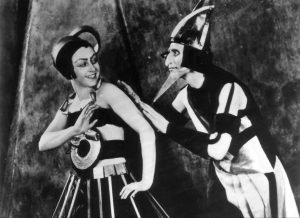 In October 2021 Helena Basilova and Salvador Breed created a new live-score to one of Sovjet first Sci-Fi Movies:  Aelita Queen of Mars, by director Yakov Protazanov (1924).

THE 1924 FILM ‘AELITA’ FUNDAMENTALLY SHAPED THE GENRE OF SCI-FI MOVIES
‘ While humankind’s great and ancient myths and legends still tell of how we are tied to Fate and of a past world of gods and spirits, tech­nology and outer space take their place in more recent fantastic liter­a­ture, namely sci-fi. One could be forgiven thinking that where we once invented the gods, so that they could create and subju­gate us, now we ourselves have created tech­nology, so that it can equally delight and frighten us .’ Shirn Mag– read more